The residential real estate market will eventually begin to shift more towards a buyer’s market than a seller’s market, more and more homes for sale will be coming off the market unsold.

When a property is listed for sale and doesn't sell during the listing contract, it is known as an expired listing.

Without getting into too many details, a buyer's market has more than six months of inventory based on closed sales.

The bottom line is that it will get harder for sellers to sell their homes. Here are the top ten reasons why homes don’t sell and also what to do to get your home sold. 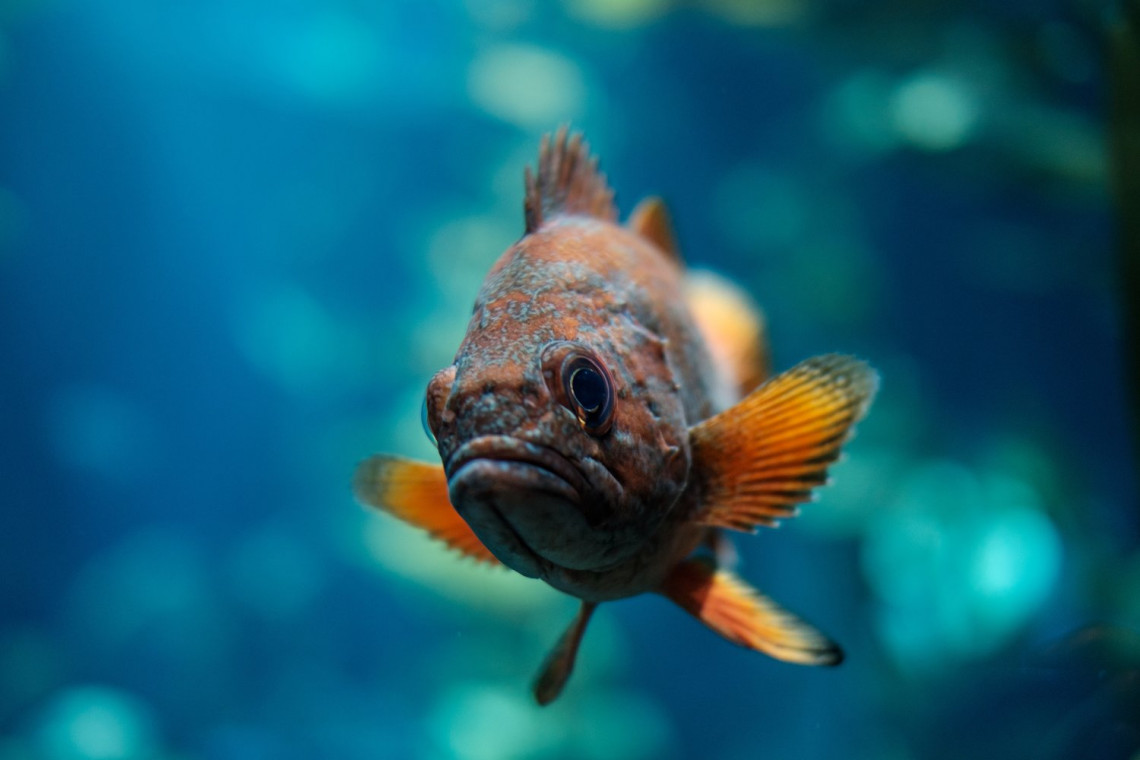 According to a 2015 Microsoft study, the average attention span for a person is eight seconds (one second less than a goldfish). Each year it gets shorter and shorter.

Most real estate apps and websites are set up to show only the first photo of a home. To get to the next one, you need to click on the next one and so on.

The problem is that with an eight-second attention span, most potential buyers may never have the patience to get to the best photo or features of the home and will click on to the next property.

Most homes are listed at prices that have 9’s instead of whole numbers. For example, it is extremely common for a property to be listed at $399,990 instead of $400,000.

Doing this is a major mistake! Most real estate websites and apps have price bands that end in whole numbers.

What makes it worse is that the lower price band buyer is at his/her limit.

Whereas, the higher price banded buyer would be at his/her beginning point. If the property is on the market for $400,000, both sets of customers would be able to see the home in their search. 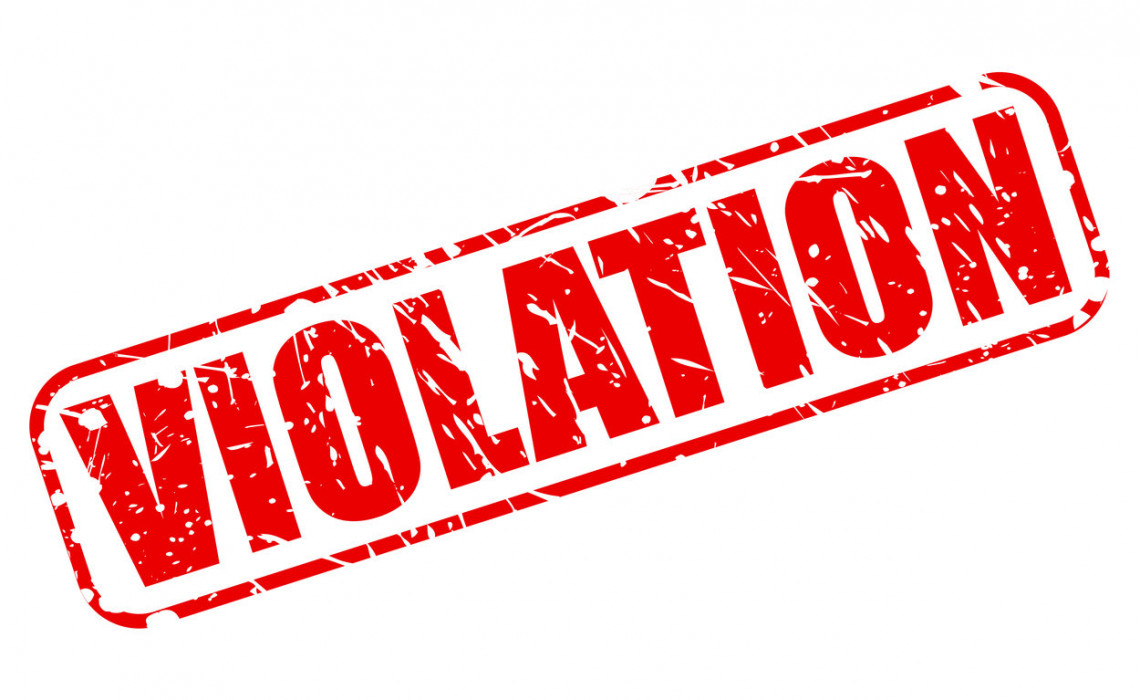 3. Not Doing Research Before Putting a Home on the Market

Hardly any real estate agents or FSBO sellers check to see if there are any open permits, violations, or additional liens on the property.

In our twenty-plus years selling luxury real estate, we have heard many agents tell us that they were less than a week from closing when they found out that there was either an open permit, violation, or additional lien on the home.

The sellers had already paid their moving company to move their furniture, but they weren’t able to close in the end.

Talk about a major headache and loss of money!

Solution – Have your attorney or Realtor guide you in the right direction to do your due diligence on your home before putting it on the market.

4. Thinks He/She Knows How to Market on Social Media, but Has No Clue

If we had to give you our best guess regarding how many Realtors or sellers know how to market on social media effectively, we would say less than one percent know what to do.

The majority of agents have very few sales that they made from a direct social media advertisement/post or know how to market to the RIGHT BUYERS looking for the home they have listed.

The main reason is that they are guessing and don't spend the time and effort to know who to engage with on social media and the web.

Solution – This solution is a lot more complicated than other solutions. Because it is, we created a video that shares what we do.

We would be totally SHOCKED if you ever heard of any other real estate agents using this exact approach. 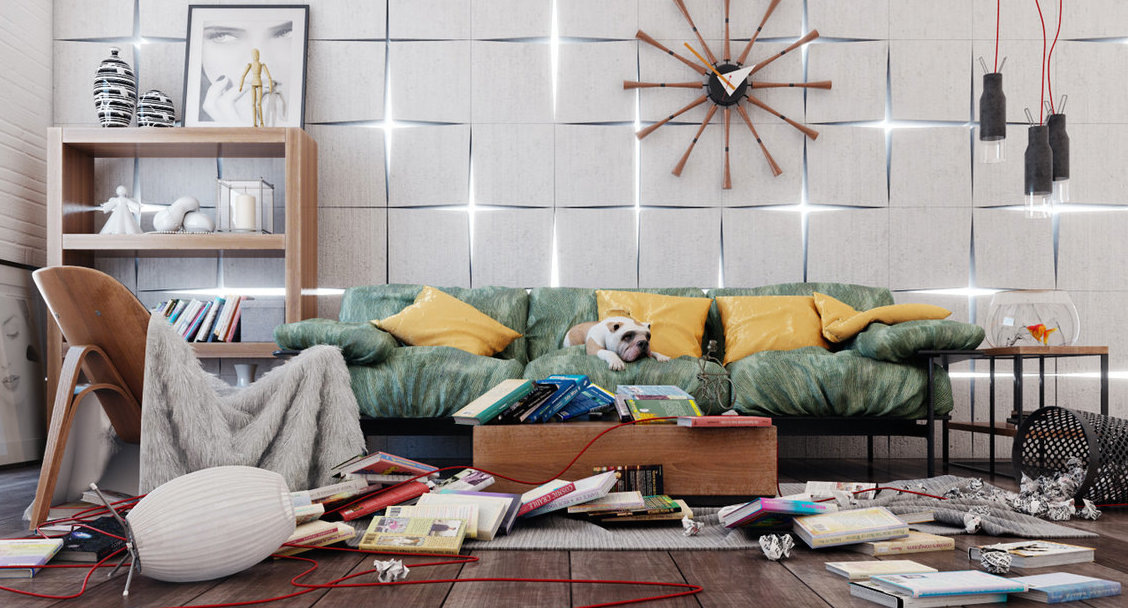 5. Not Spending the Time to Get the Home Properly Prepared and Staged Before Photos and Videos

Almost all real estate agents are so worried about the average days their listing is on the market before it has an offer accepted, they speed up the process to get the home online.

The majority of the time, the home isn't ready to be shown or photo-ready.

A seller only has one chance to make a first impression on buyers that have many choices to select from.

Solution – Don’t be in such a rush to get the home on the market.

If more time is spent upfront getting the home staged, personal photos removed, and decluttered, a great first impression will be made.

And, many times, the home will be on the market much less time than if it wasn’t done. 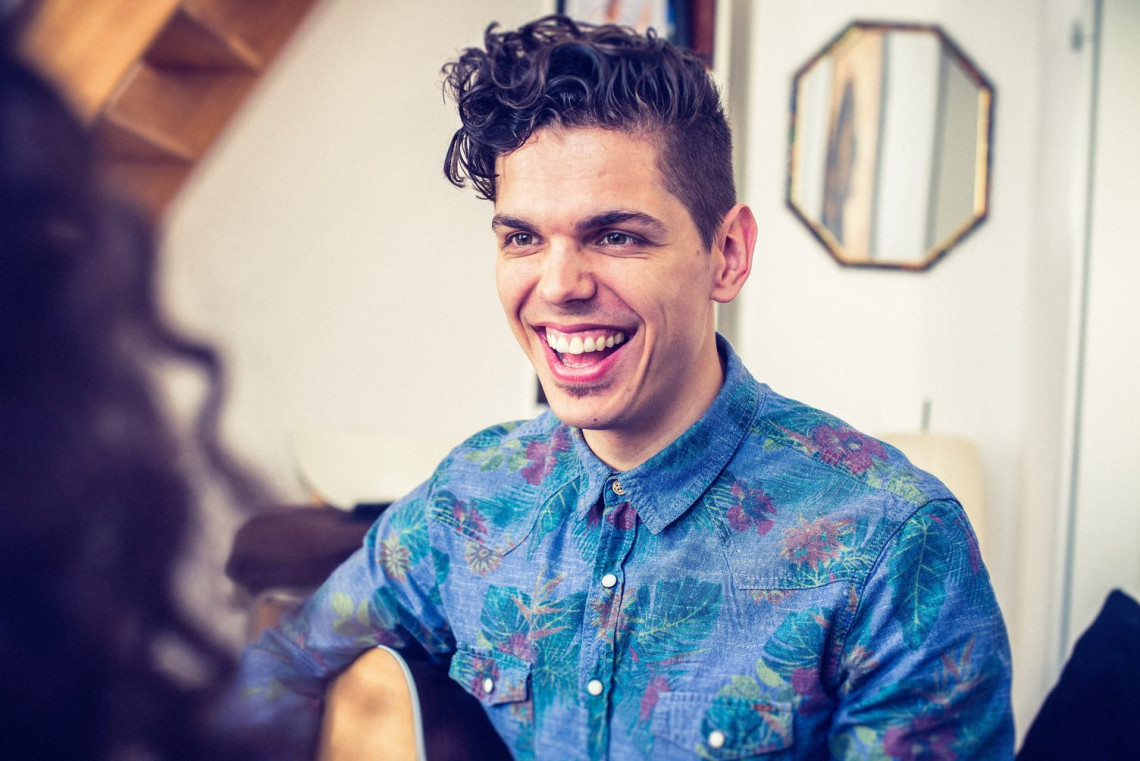 6. Hiring a Family Member or Friend without Interviewing Other Agents to See Who is Most Qualified to Do the Job

More than ninety percent of all Realtors do the same thing - put up a FOR SALE sign, enter the home on the MLS, promote the home on a bunch of websites, hold an open house, advertise ineffectively on social media, and make a brochure for the home.

As home inventory increases, doing only these things will most probably not get the home sold.

If the seller is lucky enough to sell the home using these techniques, the length of time for the sale will usually be much longer, and the amount netted will be less.

Solution – Interview real estate agents until an agent is found that has an effective marketing plan of action with proven results and testimonials from satisfied clients.

7. Not Having the Right Network of Buyers and Agents that Sell Homes in Your Area

The average agent will email blast every client and every Realtor on his/her list on every listing they have for sale. It may sound like a good idea, but it is the worst idea.

Almost always, there are many people on an email list that aren't interested in the email. They will look at your email as SPAM.

They could live in a different area, aren’t interested in the email topic, or numerous other reasons.

When people see emails from a sender that they aren’t interested in, they will often ignore the rest of the emails sent over time, even those they would have been interested in.

If enough SPAM reports are communicated by those receiving the emails, that sender can be blacklisted, which means that their emails will go directly to the SPAM folder.

Solution – Categorize the recipients that receive an email.

For example, a person could be tagged as a buyer looking to purchase in Miami Beach or a Realtor that sells homes in Key Biscayne.

If the Realtor has a new listing in Orlando, it won't make sense to email the agent in Key Biscayne.

Sending smaller email campaigns (also known as bursts) to relevant groups will substantially increase the open rates and cause the emails to have a much lower chance of going to a SPAM folder.

A much better way to do it is for the agents to personally call all the buyers and agents individually to let them know about something they are probably interested in.

One of the things that we can ALL probably relate to is getting a personalized email that is actually being sent to a group of people.

GMAIL will tell the recipient and ask the person if he/she wants to UNSUBSCRIBE from the sender.

Obviously, that is not a very effective way to communicate with someone by tricking them into thinking the email was personalized to them when it wasn't.

The seller interviewing the Realtor should also ensure that that agent knows many real estate agents and clients to help get the home sold.

We have personal relationships with buyers and agents in ALL areas of the United States and 57 countries.

The average agent is incredibly cheap when it comes to spending money on marketing. Many will take the photos themselves on their iPhones, Androids, or their DSLR cameras.

If they happen to do a video, they will usually do it on their own, do it as a slideshow with still photos, or hire a subpar videographer.

As mentioned earlier in this article, a seller only has one chance to make a great first impression.

Doing photos and videos without a true professional will make a negative first impression.

Solution – Spend the money! We never think about the money we are spending when we have a listing. It is not uncommon for us to spend $5,500 or more on photos, drone videos, and 3D immersive tours, REGARDLESS of the list price of the home.

Sometimes we’ll be at the property multiple days for more than ten hours just to make sure that the photos are PERFECT.

The amount of time and care an engaged couple spends on selecting their photographer and videographer is the same time and budget we use for a listing.

Interviewing agents and finding one that feels this same way will almost always help a home get sold. 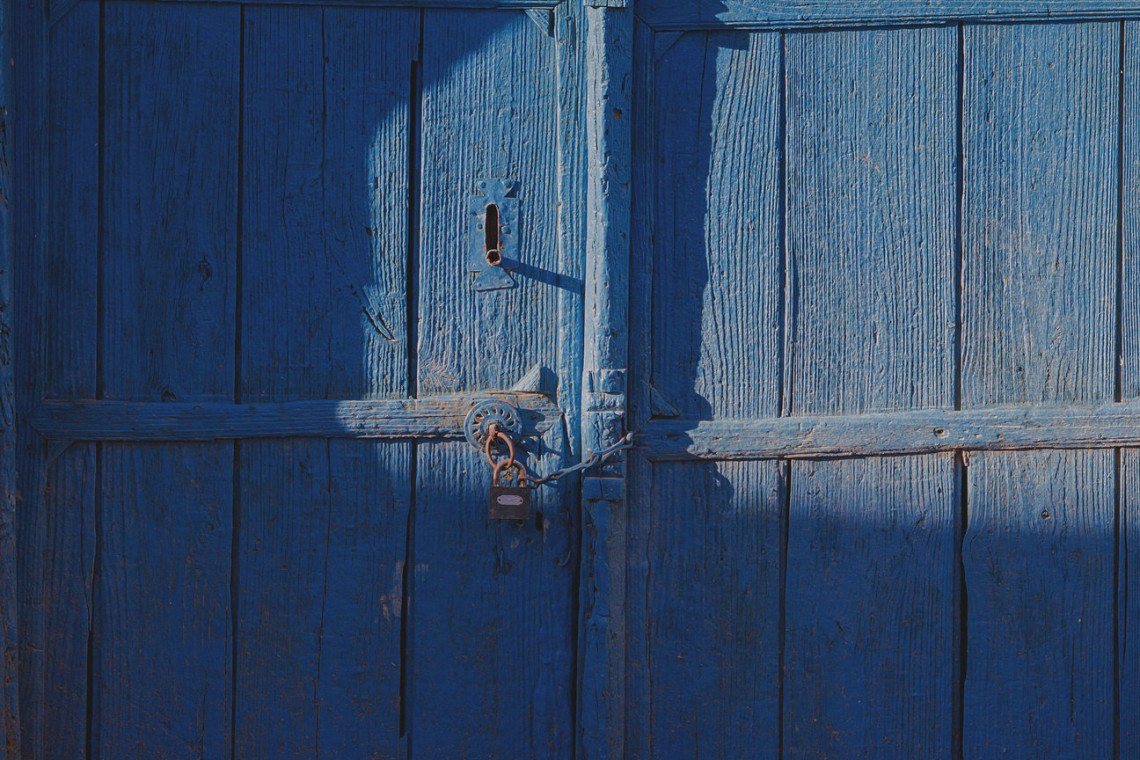 9. Poor Accessibility to View a Home

Since inventory is increasing each month, Realtors and buyers have more choices to select when viewing homes.

If an agent is scheduling four or five showings for his client and a home isn’t available to be seen with the others, the odds of that real estate agent returning on another day to see that home is doubtful.

Solution – Sellers should do what they can to make the house show-ready at all times and have a plan that allows the home to be viewed with just a little notice.

Give the Realtor a key to the home, so he or his team members can show the home when no one is at the house. 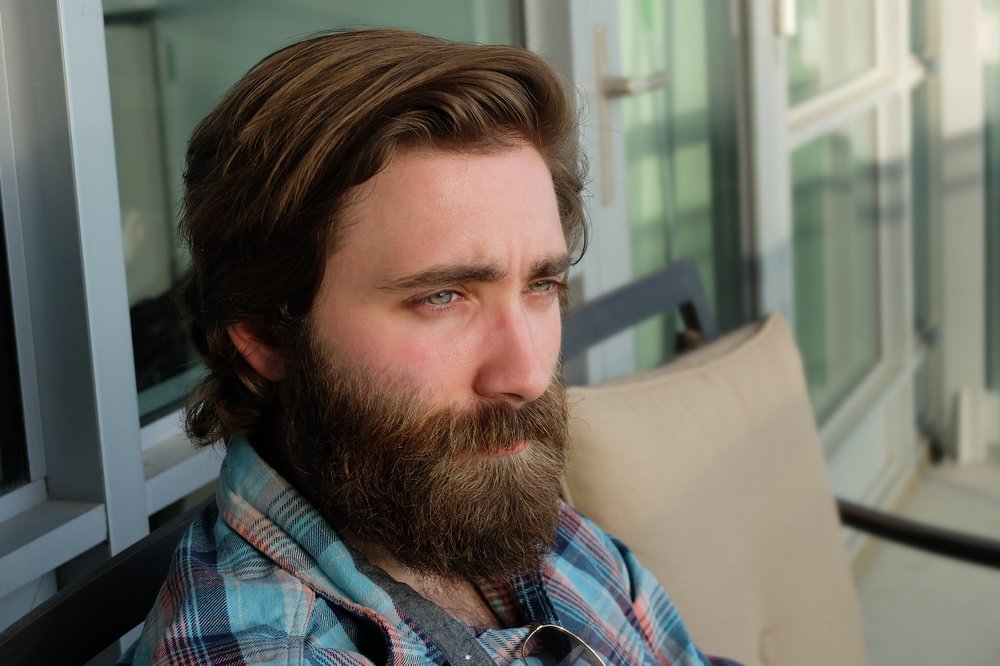 10. Looking at the Home Through a Seller’s Eyes Instead of a Buyer’s Eyes

With so many home automated sites out there, sellers and agents will often look at the site's estimates and average them out and get a list price for the home.

Other times they will look at previous sales and determine the price based on those things.

The problem with these methods is that they are inconsistent.

Sometimes Zillow’s (or similar sites) estimates are too high, sometimes too low, and sometimes just right.

Solution – It is critical to look at the current competition for the subject property, what similar properties have recently sold, and in what direction the market is heading.

The most motivated buyers are looking at the market and inventory numerous times a day and know exactly what homes are selling for and all of the properties for sale.

Remember that sellers are competing with other sellers who HAVE TO SELL, not only ones that just WANT TO sell.

Interviewing agents and finding one that is aware of all of these things will help get the home sold quickly.

Ready to Get Your Home Sold?